Wanna check out every article I've worked on? Have at it! They're all in here for your reading pleasure. 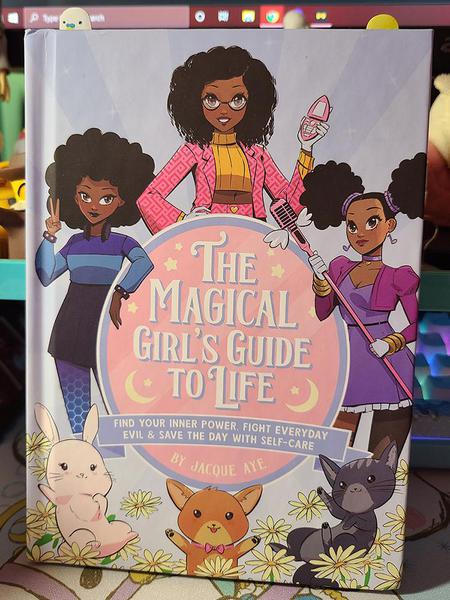 Has your everyday life been zapping away your energy? Are your jobs and studies the monsters of the week, threatening to tower over you and overwhelm you? Wishing you could conquer your fears with a swing of your trusty sparkly magical weapon? And just where is your cute and fluffy familiar when you need them, anyway?! Happy 2022, my wonderful readers. These last few years have been a doozy, huh? But even with all of that, we’re still HERE, and that’s the most important thing of all! I hope y’a 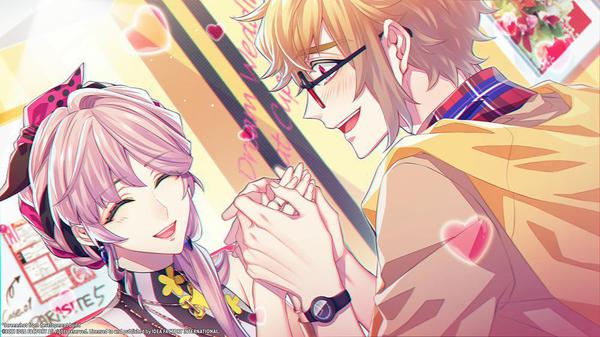 Unboxing and Giving Away the Gorgeous Cupid Parasite LE Set

It’s a grand time to be an otome game fan with the recent slew of releases we’ve been having this year, and we have more on the way, which is definitely cause for celebration. 🎉 Following the long break after releasing Hakuoki: Kyoto Winds and Hakuoki: Edo Blossoms, our friends at Idea Factory International understood the assignment and has delivered to us the wonderful game that is Cupid Parasite for all of us to partake and enjoy! What’s Cupid Parasite about? Don’t worry, I’ve got the deets f 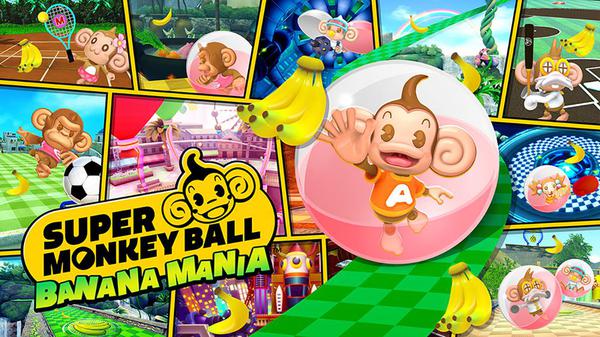 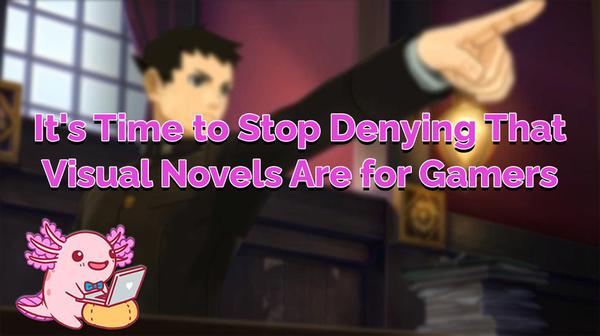 What, exactly, is a “Gamer”? While the answer to that should be simple—a person who plays games — the “identity” of a capital-G Gamer is a fairly odd and contentious title. Who is or isn’t a “real” Gamer is something that spawns endless tiresome debates at best, and harassment mobs at worst. But the real harm done by this constant attempt to codify “Gamer” as a specific, “hardcore” type of person harms the entire hobby and medium, particularly in who it tries to exclude and why. It should come 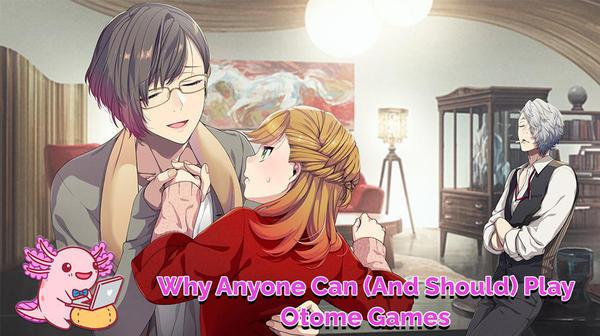 Why Anyone Can (And Should) Play Otome Games

While watching Idea Factory International’s Online Summer Festival livestream announcing their newest titles last month, a particular comment came up in the stream chat that really stuck out to me: “I’m a guy, but can I still play otome games? Should I?” This stuck with me, because while the obvious answer is “yes, of course,” the fact that they thought to ask permission to play them reveals some unfortunate attitudes in the gaming community towards otome games, or “games for women,” in the se 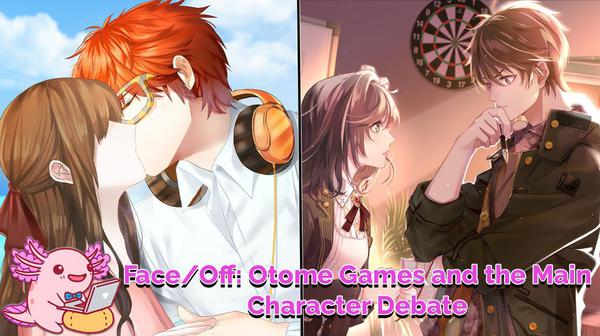 Visual novels, and especially otome games, got a big injection of interest earlier this month with the release of miHoYo’s anticipated Tears of Themis releasing in English on mobile platforms, and with it came a renewed debate about protagonists—specifically, which is better: the faceless self-insert, or the established character who players follow through the story? I was curious to see what people’s thoughts were, so I conducted a rather informal Twitter poll on the matter, with a somewhat sho 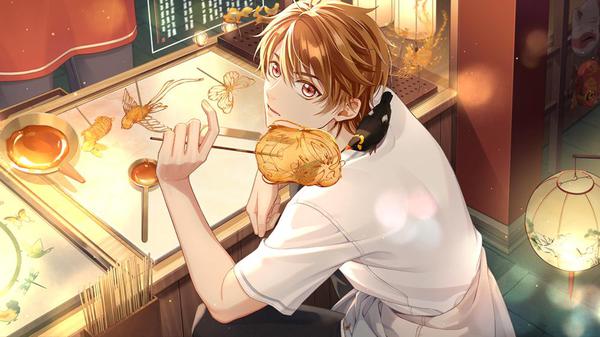 It’s time to beat the summer heat with a cool and sweet new event in miHoYo’s Tears of Themis! The game’s release was met with high acclaim, with 668,238 folks pre-registering to play. Not bad for miHoYo’s first ever Romance game, huh? To keep the celebrations going, the global version’s first ever event, Summer Breeze, has recently started! There’s a bunch of stuff you can earn that will definitely help out your starting deck if you haven’t downloaded and played Tears of Themis yet (get a move 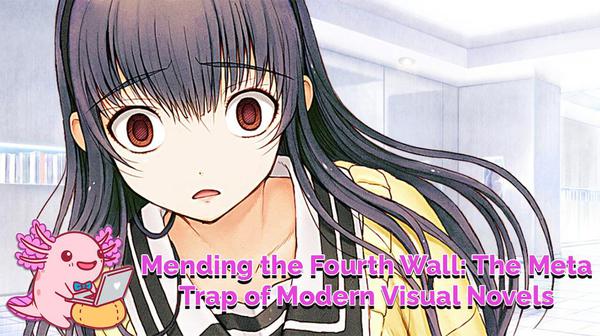 When I was a kid playing Metal Gear Solid for the first time, my encounter with Psycho Mantis left me totally speechless. I’d never encountered a game up until that point that directly spoke to me, the player, instead of the character I was playing as. It was a small, totally optional detail that was easily missed, but it was something that left my little mind blown for quite a while. I never encountered something like it until Eternal Darkness on the GameCube started to mess with my ability to 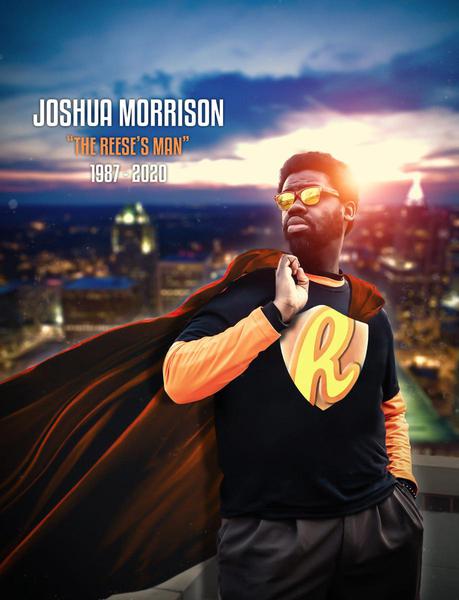 An Ode to the Reese’s Man

The first time I heard these words, I was having a particularly bad day, which was a common occurrence for me. My relationship with my parents, unfortunately, wasn’t the best, so fights happened pretty frequently. The topic of this particular fight was dealing with my future and what I was going to do with my life. Y’know, the standard “you’re wasting your life” sort of thing you might hear from parents at some point. But in truth, I had no idea what the hell I even wanted to do because I wasn’t 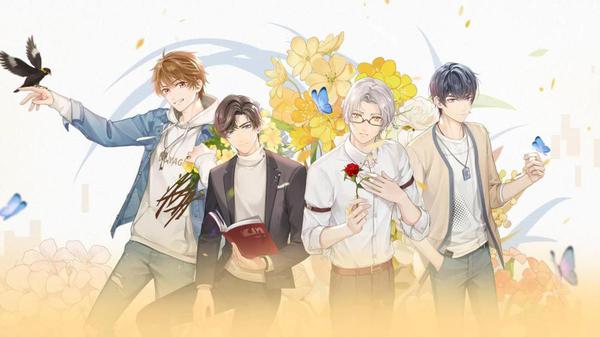 7 Reasons Why You Should Check Out Tears of Themis

The mobile otome gaming world is about to get a serious shake-up this week that will delight many otome game fans. Why is that? My dear reader, let me enlighten you with what will grace our mobile devices this Thursday. miHoYo, the famed developer behind big hits such as Honkai Impact 3rd and Genshin Impact, will be releasing the international version of Tears of Themis, the studio’s first Romance game with a detective twist! Stellis, a city that rose from the clash of civilizations. Modern tec 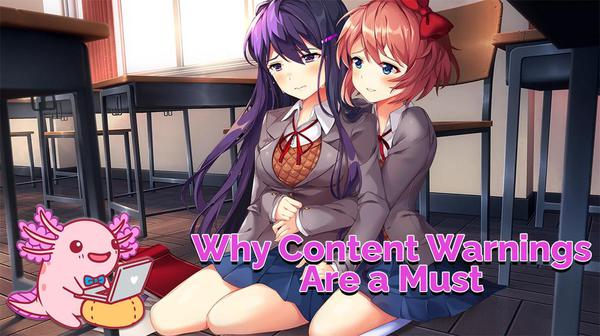 Content Warnings are a hotly contested idea when it comes to media, especially games. The idea that players should always go in blind and be surprised by games seems to come from the notion that games are exclusive, difficult, and hard to get into; however, this attitude is possibly even more backwards when it comes to visual novels, games that require heavy personal investment on the part of a reader. But why does it have to be that way? Instead, it might be better to consider that the future o 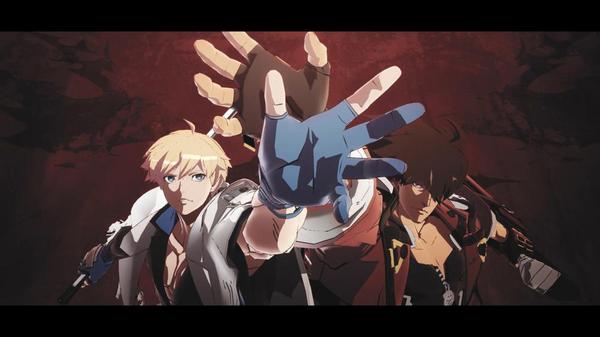 It’s no secret that Guilty Gear is one of my favorite fighting game series, and watching the series grow and evolve throughout the years I’ve played the games has been a delight. As I mentioned in my review of the beta, I found a lot of my friends through playing fighting games, and Guilty Gear was a HUGE part of that. The landscape of games, both fighting and otherwise, has changed dramatically since the first time I played a Guilty Gear game, and Guilty Gear -Strive-, arriving on the scene in 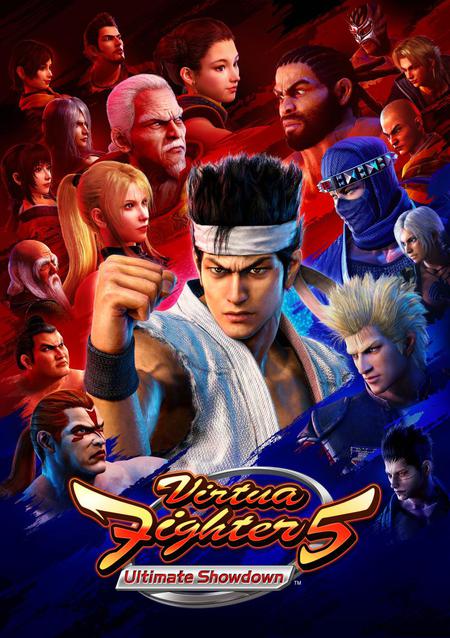 First released 14 years ago (yup, THAT long ago!), Virtua Fighter 5 was the latest entry in the storied franchise that introduced many players to 3D fighting games, as well as numerous other historic firsts that today litter the fighting game world. Virtua Fighter is perhaps one of the most historically important fighting game series, but struggled to stand out against flashier titles like Tekken and Dead or Alive, as 3D games became more and more common. Virtua Fighter, in many ways, built a st

That’s right, y’all, it’s finally time to unleash your inner Saniwa and forge these gorgeous swords as you embark in your Touken Ranbu journey. The English version of Touken Ranbu Online is finally available for all to play and enjoy! 🎉 With the game having been first released back in 2015, it really is a joyous occasion to be able to officially play and support the game. As you can imagine, when the English release of the game was announced with a portal to pre-register, Johren got A TON of fo 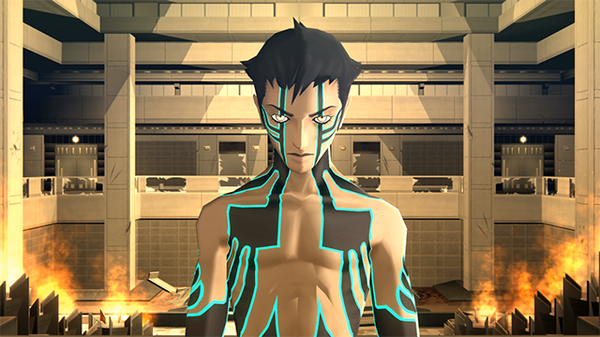 Face Your Demons One More Time as Shin Megami Tensei III Nocturne Releases This May!

Rise up gamers, for the time is nearly here to reawaken your inner demon with Shin Megami Tensei III Nocturne HD Remaster! That’s right my little Pogchamps, the release of the HD Remaster is closer than you think; you can play the game as early as May 21st. Seeing as March is nearing its end, the wait for this masterpiece of a game isn’t quite that long now. 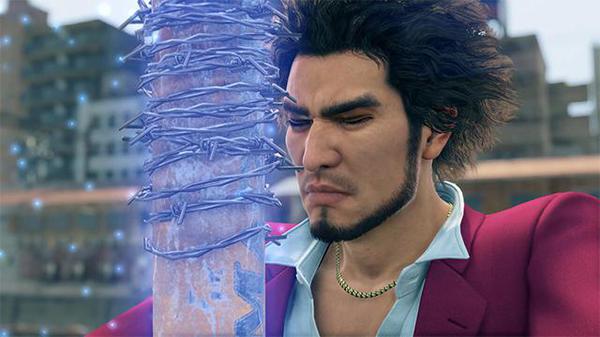 INTERVIEW: Learn About How ‘Like A Dragon’ Localization Came to be

Let’s face it: Kiryu is a freakin’ LEGEND. Not only is he a badass guy who strikes fear in the hearts of pretty much everyone when he gets serious, but he’s also a very wholesome dad who teaches his kids at the Sunshine orphanage very valuable lessons, and does anything he can to protect them. That being said, there’s no one quite like Yakuza series newcomer, Ichiban Kasuga. With Yakuza: Like a Dragon being released on the PS5 today, new players will get to meet our dear darling dork, as the wor 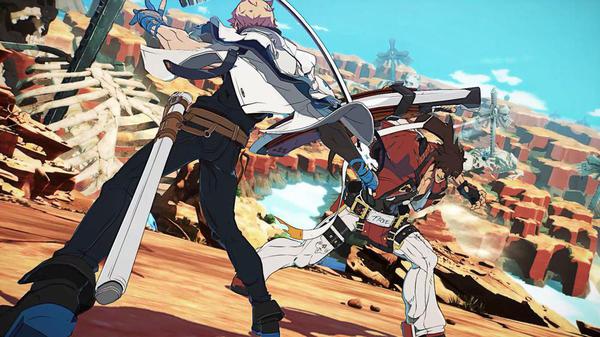 The world of fighting games is magical. That feeling when you pick up your controller or fight stick and you find that one character that just *clicks* with you. The countless hours of training with friends as you level up your skills while building a community together. The KOs. The PERFECT KOs. The DOUBLE KOs?! And the growth that comes from the losses to make you stronger… Ah yes, the fighting game world is truly magical. ✨ While I try to play the latest fighting games whenever they release, 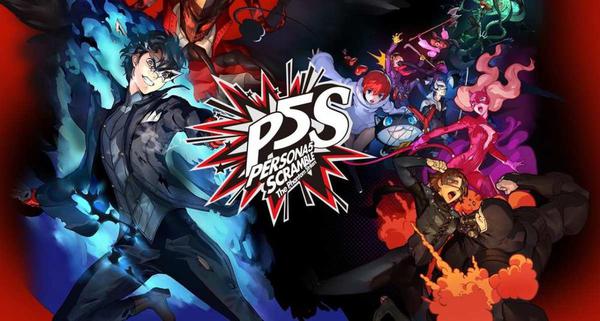 The Joker Strikes Again: Persona 5 Strikers is an Action-RPG Romp

Back when Persona 5 Strikers was first announced, and it seemed to be like a “Musou style” game in the Persona series universe, I must admit, I had some mixed thoughts. The various Persona spin-off sequels have been fairly high quality, with Persona 4 Arena, Persona Q and Dancing All Night bringing fun, different twists to the Persona franchise, but I frankly couldn’t figure out how a Musou game would quite work out for the series. After spending time with the game, I’m not sure what I was expec 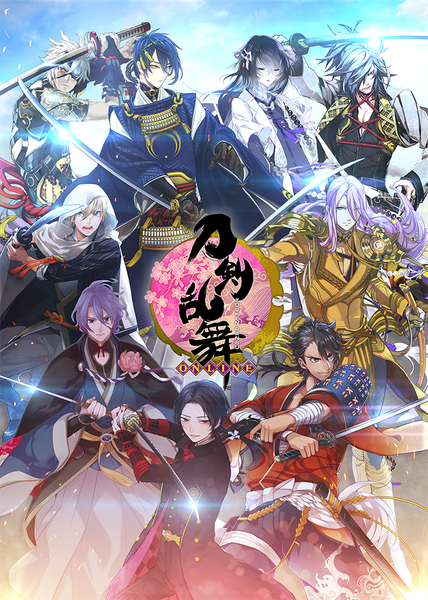 Starting 2021 with a bang, the beloved Touken Ranbu Online game is finally getting an English version for all to play and enjoy, courtesy of Johren. No, you are not having a fever dream, this is REAL. Touken Ranbu Online English version is FINALLY gonna be a thing on February 23rd! The series recently celebrated its 6th anniversary, and we are getting quite the gift after years of fans asking “So why isn’t there an official English release yet?” despite the game’s wild popularity. If you really 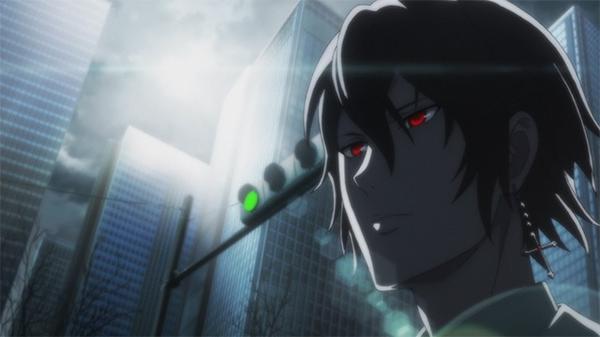 2020 has been a huge year for K-pop and anime collaboration, with Tower of God’s amazing opening from Stray Kids, and TOMORROW X TOGETHER’s Black Clover opening theme song lighting up the charts. Now, with Crunchyroll Original Noblesse featuring songs from K-pop legend Jaejoong and the captivating Oh My Girl, it’s time to become a K-pop fan! Hit the jump to find out how!
Load More Articles